Home > Insights > News > Do you see a Pile of Rubbish or a Valuable Resource?

Do you see a Pile of Rubbish or a Valuable Resource? 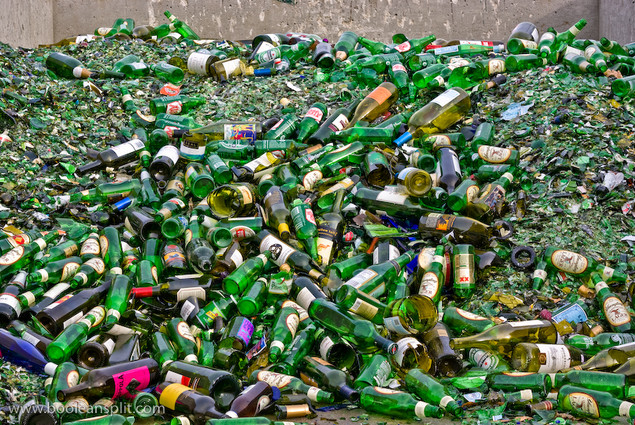 A while back I happened upon an episode of Grand Designs New Zealand, where I saw an Earthship being constructed in the hills of the Coromandel Peninsula in the North Island of New Zealand.

This stunning property, to my surprise, was constructed with a combination of mud bricks, glass bottles and 1300 recycled tyres filled with rammed earth. Essentially, an Earthship is designed as a self-contained, impact minimising land-based ‘ship’ – constructed from what others throw away and is specifically designed to work in harmony with our environment. The Earthship concept was pioneered in the desert of New Mexico by principal architect, Michael Reynolds and has grown to now be a worldwide phenomenon.

Earthships are a great example of where instead of waste being viewed as rubbish, it is seen as a valuable resource which can be reused in an innovative way. This got me thinking, changing the way people think about waste, and viewing it more as a ‘resource’ rather than rubbish could really reduce the amount of waste that goes into our local landfills each year. New South Wales Environmental Protection Agency are a great example of an agency who also shares this way of thinking.

NSW have a set of ambitious waste and recycling targets which they hope to meet through their Waste Less, Recycle More initiative. The Waste Less, Recycle More initiative provides funding for business recycling, organics collections, market development, managing problem wastes, new waste infrastructure, local councils and programs to tackle illegal dumping and litter. The initiative which is funded via the States waste levy was kicked off back in 2012 and has had a tremendous impact on the States recycling and reuse efforts, as depicted by the infographic below:

NSW EPA also have a comprehensive NSW Waste Less, Recycle More Education Action Plan which aims to promote positive attitudes and facilitate positive behaviour change so the whole NSW community can assist in improving the environment and communities well-being. This action plan will operate hand-in-hand with the initiative and will play a key role in changing the way people think about waste and the overall continued success of the Waste Less, Recycle More initiative.

Education strategies like this are vital in facilitating a more informed public and to encourage the kind of thinking that Michael Reynolds had when he constructed his very first Earthship. Treating waste as a resource and looking for ways it can add value, is the mind-set we will need to adopt to ensure a more sustainable future for us all.

Funding for our future

The Waste Less, Recycle More initiative would not be possible without the funding generated by the States waste levy. The levy requires certain licensed waste facilities in NSW to pay a contribution for each tonne of waste received at the facility. Last year NSW announced that there will be an extension of the Waste Less, Recycle More initiative with a further $337 million of funding being provided over the next 4 years.

In 2015, EPA tightened regulations to improve the way waste is managed in NSW. Under reforms to the waste levy system that commenced August 2015, a wider range of facilities became liable for the levy, including those that store, recover, recycle or process waste in the regulated area. NSW EPA identified that their existing system would struggle to accommodate the 100+ new recycling centres who were now required to supply waste data and levy information to the authority. FINNZ worked with EPA to develop the new Waste and Resource Reporting Portal (WARRP) which has been crucial in collecting and managing the levy which supports the Waste Less, Recycle More initiative and its associated education programs.

Alongside this, the system also enables EPA to monitor and track the waste within their state more closely. This helps prevent waste from being stockpiled in levy avoidance and also provides EPA with greater visibility on the types of waste that are being stockpiled and areas where reuse and recovery efforts need to be focused.

Read our case study to discover more about the system and how it has improved EPA’s operations and ensured the levy could be collected and managed successfully.